INDEPENDENT WINE MERCHANT IN THE HEART OF BEDFORD​
WINES, WHISKIES & SPIRITS FROM ALL OVER THE WORLD
View our favourite wines
Zoom Wine Tastings
We'll meet again.. but in the meantime....
Find out more
DELIVERY SERVICE
All our wines are available with free delivery within a 3 mile radius of our shop.
Call John on 01234 358404 to discuss and place your order.
View our favourite wines
The St Cuthbert's Street Christmas Specials
This first film from our tryptic of live sessions, recorded live at The Flying Cork, features Luke Tuchscherer.
See more
Previous
Next

We are an Independent family run Wine Merchants with over 25 years experience in the wine trade and have enjoyed serving the people of Bedfordshire for over 12 years.

You’ll find everything you need in our shop, we stock a large range of wine from smaller producers which means you won’t find any of our wines on the supermarket shelves. 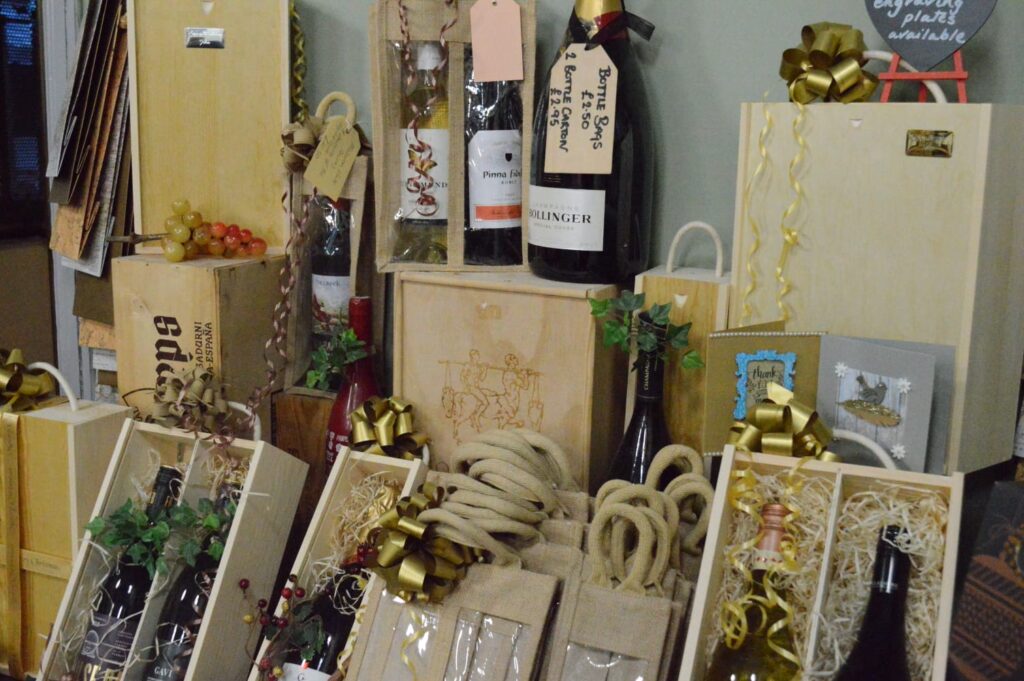 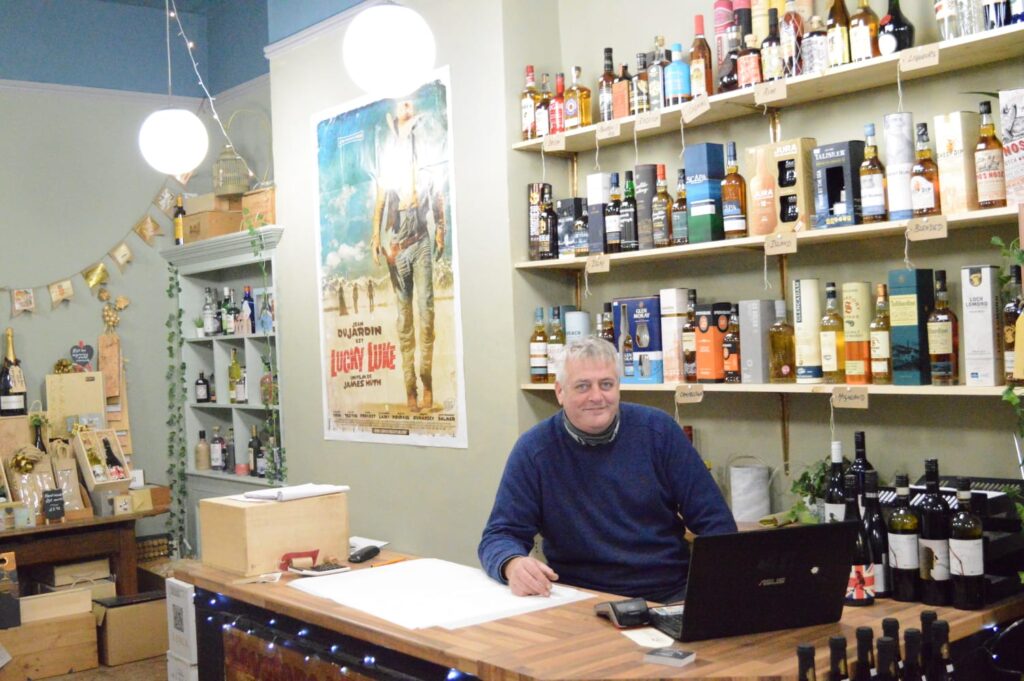 We also stock an eclectic range of whiskies and spirits from all over the world. Free local delivery, bespoke gift packaging and comprehensive advice.

There will always be wine open to try before you buy so just give John a call at the shop and he will be happy to help and give any advice that you need.

Look forward to seeing you all soon, cheers! 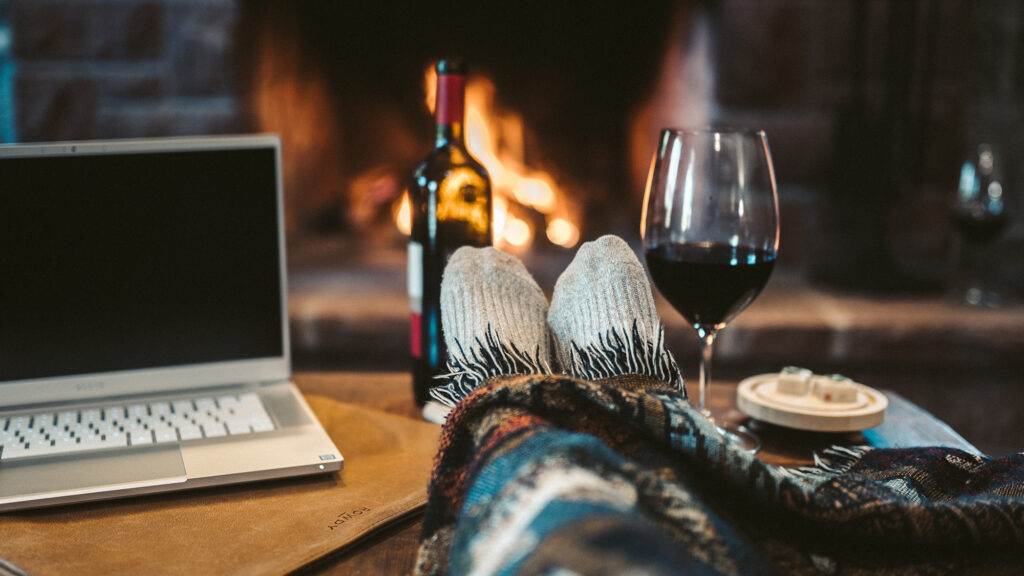 We’ll meet again… but in the meantime…

Zoom wine tasting are a great way to host a wine tasting without leaving the comfort of your own home (maybe in your pj’s!). Pick your wine selection or give us a budget and we’ll do it for you.

We have already helped customers host their wine tastings from home, supplying tasting notes with the wine and being on hand to help with any advice you might need.

Maybe you have a birthday or anniversary coming up or you just fancy doing something a little different, zoom tastings can be great fun and informative too!!

This first film from our tryptic of live sessions, features Luke Tuchscherer.

Luke has travelled far and wide and after a hiatus in New York, is now back home with three cracking Americana tinged tracks, recorded live at The Flying Cork in Bedford. Expect hard hitting story telling with alt-country, folk and Americana roots which will be imbedded in to your frontal cortex for weeks to come [plus a very cool Christmas song too].

To find out more about Blender, sign up for info direct to your inbox.

All our wines are available with free delivery within a 3 mile radius of our shop.
Call John on 01234 358404 to discuss and place your order.

SOME OF OUR FAVOURITE THINGS

Below are some of our favourites, but we have over 300 wines, spirits and whiskies in stock in our shop.

The noble white grape in its purest form.

DOWN THE RABBIT HOLE CHARDONNAY

Hints of passion fruit and honeydew.

A great example of ‘house’ Prosecco – zesty and versatile.

A celebration of Mendoza.

‘Le Fou’ translates as ‘The Madman’, as it has long been thought only a madman would try to produce the perfect Pinot Noir in southern France. Perfection achieved, myth dispelled.

Captures the magic combination of drinkability and complexity.

A modern, unoaked, vibrant and juicy style of Rioja

Each vintage, from our base in Cairanne, we are able to select exceptional Grenache and Syrah from the best Côtes du Rhône Villages to make Les Coteaux, which we then enrich with classified wine from Séguret, Sablet and the cru of Cairanne.

This is Claymore’s first release of their Cabernet Malbec blend under the London Calling label. Some may remember its predecessor, when it was 100% Merlot, well make way for this bolder beauty.

The GSM blend is an ‘Australian-ised’ version of the French Cotes du Rhone blend. This blend is all about youth, freshness, spice and complexity with very little oak influence.

The ‘Blackbird’ is all about artisan, small batch winemaking. Hand plunged in one tonne open vats with minimal intervention and basket pressed to oak.

Fox Creek’s eye-catching Red Baron’ Shiraz is a very easy drinking and made in a young, fresh and fruity style so it is approachable and ready to crack open.

Sign up to receive the latest news on sales, new releases and more…